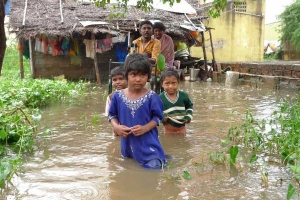 Cities like Chennai survive and thrive on the cheap labour of working-class populations across all sectors of the economy, whether formal or informal. Informality, whether in land tenure, housing forms or access to services, is not an exclusive attribute of low-income settlements in the city. Indeed, much of mainstream urban governance and many elite spaces are marked by informal practices.

Informality shapes the vulnerability of low-income residents in important ways, by creating insecurity of tenure, susceptibility to eviction, poor infrastructure facilities and sub-standard, often unhealthy, living conditions. Yet, informality is stigmatised as illegality, and associated in the minds of propertied urban residents with corruption and vote bank politics, giving rise to hostility toward these settlers. While local bodies hesitate to invest in infrastructure such as drinking water, sewage or even roads in informal settlements, residents are also reluctant to invest in housing improvements due to fear of eviction.

With these circumstances as a backdrop, carefully building up and ensuring a convergence between living conditions and access to urban opportunities is a crucial task for policies and plans that aim to enhance resilience for the city and its vulnerable populations.